CALL US
MENU
FIND US

Being the longest standing practice in Isleworth, Oakleigh House is steeped in history and breathes memories of the past.

Historically, it is thought that the area now occupied by 567 London Road used to be a tea shop where Royals would stop for tea and refreshments on their way to Windsor including James II whose army was based in Hounslow.

The original site was bought by a young dentist named Arthur Reginald Manning in 1931. He built the house you see today and opened it as a dental surgery in 1932. In the same year, he and his wife, Florence Birgo had their second son, Richard Manning. 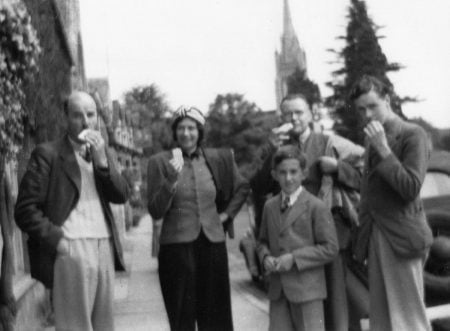 Richard Manning as a boy

At that time London Road had a very different feel to it. Situated across the way from the surgery was the local cobbler, baker, haberdasher and butcher. The greengrocer along the parade delivered groceries to the local community by horse and cart and they would refresh themselves at the horse trough situated at the junction with Spring Grove Road. Opposite Oakleigh House, where the well known landmark of Isleworth Fire Station stands, there used to be a beautiful fir wood.

In 1941, during the Second World War, a succession of four bombs hit Isleworth killing many residents. The fourth bomb in line narrowly missed the practice blowing out the windows and bringing down the ceiling. In spite of this the practice remained open. Having survived the raid, the trees at the front of the house were named the ‘trees of heaven’.

Repairing damage to the dental practice caused by the nearby bombs during the second world war. 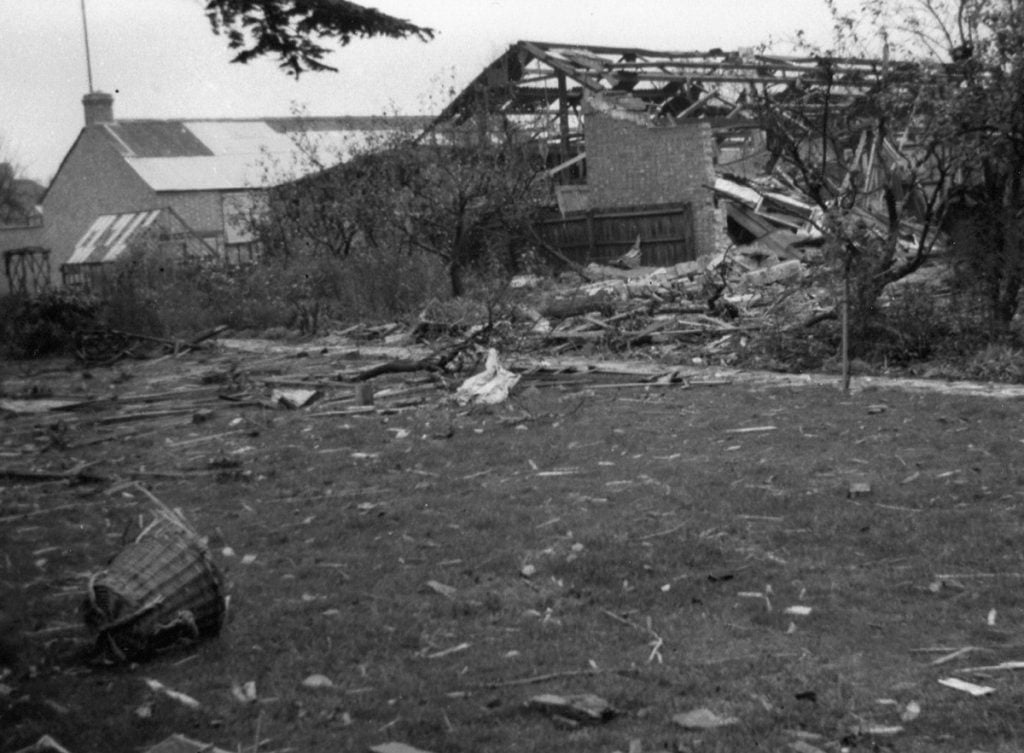 In 1946, Jack Manning, Arthur’s eldest son started working as a dentist with his father. By 1957, with the NHS well established, Arthur commissioned an extension to the building and by 1958 his second son Richard Manning had also joined the family business followed later by his niece Julie.

In 1968, a young hygienist named Carol joined and she later became Richard’s wife. Following Arthur’s death, Jack wanted to concentrate more on his private practice in London so Richard and Carol continued to run the practice together.

In 1990, Nausheed Baig joined Mr Manning’s practice as a newly qualified dentist. He worked as an associate for seven and a half years before taking on the reins of the practice with his wife Shahana in 1998. Many of the original staff are still an integral part of Oakleigh House and are a familiar face to the Isleworth community. 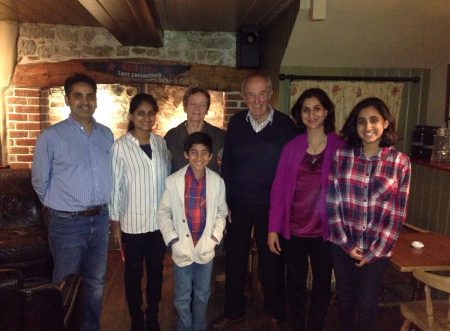 Nausheed and Shahana Baig and family with Richard and Carol Manning.

Oakleigh House continues with the strong ethos of welcoming families from Isleworth and the surrounding areas and providing a friendly, caring environment. The practice has served many generations of families over the past decades and patients who have grown up and moved away continue to enjoy and maintain their longstanding relationship and familiarity with Oakleigh House.